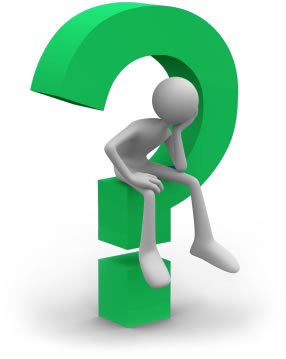 “U.S. Marks 4 Straight Years of Slowing Health Costs“(click to read the article), so blasts the headline from ABC News today, January 7, 2013. Like so much of the debate over healthcare reform, many who read the article will walk away believing that healthcare costs are really improving—along with the economy. After all, the article proudly says that the percentage that healthcare costs make upon of the Gross Domestic Product (GDP) has declined for the fourth straight year. This must be a good thing—one would think! But, like so much of the reporting

on the ACA and healthcare costs, it is based on flawed logic, false numbers, and bad assumptions.

The article and its assertions are false in at least two material ways. First, the article asserts that America spent $2.8 trillion in 2012. Yet, it is difficult to believe this number for a couple of reasons. One is that the government is not consistent in reporting it.  Recently this number has been reported at over $3 trillion. As is now typical with almost all government-reported numbers, it has been revised either up or down depending on what is the better message for the administration. By coincidence, I am sure.  Second, the number is false.  It is false because the total number spent is based on inconsistently reported data. Some of the data is actual reimbursement for services provided, and some is for the amount invoiced.  While the reimbursement amount is closer to reality, in some cases, it includes government-mandated rebates from companies, like pharmaceutical companies, that can be as high as 50% of the price paid—so these numbers are often not the net costs.  Also, the invoice price data is not close to the real amount paid as most of the reimbursements for invoiced (billed) prices in healthcare are paid at the average rate of 22 cents on the dollar. So, the total healthcare spends number, as reported, could be inflated by as much as 1/3 over what was really spent in the U.S. When the article reports the average cost of care for citizens of the U.S., it is reporting the average cost for this inflated number.  The cost is likely much less and more likely much closer to what is spent in other developed countries.

The bigger issue is the representation that the ACA has bent the cost curve down as a percentage of GDP. This doesn’t pass the smell test either for easy-to-see reasons.  First, How does a law that is only now actually implementing in 2014 get credit for bending the cost curve downward in 2010 just because it was passed?  Sure, the President took on many “initiatives” when he was first elected, but none of these substantively altered the mechanisms of the need, delivery, invoicing, or reimbursement of care; that is how the costs are derived in the system.  Second is the assertion that the U.S. economy is now rising faster than healthcare costs. It is in this statement that the rudiments of the fraudulent truth are found.  The GDP in terms of dollars in circulation has risen significantly since 2010.  But by how much the real value of the economy has risen is subject to much debate.  The rise in GDP is less based on productivity and more based on the Quantitative Easing and other extraneous mechanisms the government has used to inject new, baseless money into the economy.  By several estimates, the Federal Reserve, and the current administration, have injected between 4 and 6 Trillion dollars of new money into the economy. This has been done either directly through a bond issue, or bond repurchase, borrowing, or through back channels like increasing access to new currency for lending to banks. Increasing the amount of currency in circulation by 20 to 35% massively inflates the economy and the GDP and should show some reduction in the percentage that healthcare costs reflect the GDP. The fact that the cost reduction is a measly 0.1% is some indication of how high the health care costs have continued to rise since 2009 if a 20-35% increase in total currency has only equated to a 0.1% reduction in the percentage of the cost reflects of the GDP.

Also, for most Americans, it is clear that the economic recovery as reported is not translating into more buying power for the middle class, in fact. Still, it may seem so in appearance if you just look at the reported dollars. We are constantly told the stock market is doing great and rising as if this in some way is a measure of the U.S. economy, but it is not.  The stock market is speculation based on feelings for the most part.  And, when the government of the United States profligately creates massive amounts of new currency and injects it into the economy—via the stock market through quantitative easing or other mechanisms—of course, the stock market values will rise just like the GDP.  And, this rise is likely not based on any increase in production, or real value of work product, in the country but mostly on the baseless new currency. So, this, too, is a false indicator.

In conclusion, perhaps it is mathematically true that the economy is rising in dollars, and it is also true that the cost of healthcare, as calculated, has declined by 0.1% in the past year. But the questions of; why this is happening and what this change is based on will not yield the answers that we are expecting or that we are being led to believe. In the end, we are in for a massively rude awakening.

PrevPreviousHIV/AIDS: The face has changed but disease still wreaking havoc
NextTo David Brooks: Its not just leaders its their point of originNext