A Chesapeake Minute vs. A New York Minute

Almost all of us have heard the song, In A New York Minute, by The Eagles.  We heard about how Harry got up, dressed all in black, and went to the station and never came back and would not be on Wall Street any more. Yea it sucked to be Harry! I have heard and seen many times in my life how fast things can change, and can go from good to bad, or even bad to worse.  We have heard the sirens wail as  friends were taken to emergency, we have known those that have crossed some line and found that their life has been forever ruined. Who among us has not seen or experienced this?

So with this in mind Don Henley crooned to us:

In a New York Minute

And he is no doubt correct, if you live in much of America.  But I, for one, refuse to accept that this is the only thing we can count on forevermore.  Yea, as Ferris Bueller said, Life moves pretty fast. If you don’t stop and look around once in a while, you could miss it.  Again, it seems so if you live in, New York, or San Francisco, or Los Angeles, or a number of other places. One thing I still feel every time I am back home is life just does not move so fast in SMC.  And you know what, when you take a second to actually look in SMC it is a much better life.

While it sucked to be “Harry” in New York where the minutes bring such tragedy, there were few “Harrys” in St. Mary’s when we were growing up.  That is not to say there were no “Harrys.” We all remember some who did not come down to Dukes bar anymore. And I think they were often more traumatic because it was less expected living in Chesapeake Minutes than in New York Minutes.

But for me,at least, in my memories, and more importantly, in my heart, it’s still not like this in St. Mary’s County.  Sure, I know a lot has changed!  We have all grown older, many of us have moved away.  Clearly the life style we grew up with in the 50s and 60s has changed as well.  But I submit for most of you this life really is still with all of us, in our hearts.

I know most of us, who grew up in SMC, still feel it is there inside of us.  This unknown quality that ties us to this place and to each other still breaths in our souls.  I believe we still long for this place in our minds and hearts because it is still there, alive and well.  It exists inside each of us that had the experience of growing up there.  Abell’s Wharf, Pennies, the Two Spot, Guy’s Tavern, Leondardtown Wharf, etc… I believe it is still there.

What we have lost is not the sense of it, we have allowed the world to film it over with “progress!”  Perhaps it is time to strip away some of the film and regenerate that which we believe we have lost.  If we can first do this in our mind, then we can do it in reality and instill in another generation those ideas and experiences that made us who we are!  I hope in the coming months to recollect here essence of St. Mary’s County, Leonardtown, Ridge, the 7th District, Solomon’s, LP City, and anywhere else on the Chesapeake Bay that rekindles that which is still inside our minds, and hearts.  I want to recapture the Chesapeake Minutes and make them available for those that follow.  Hopefully as a universal solvent for the film of progress that has covered up so much that we all held quite dear!

While The Eagles may have  sung the story of a New York Minute, for me, I will take a Chesapeake Minute any day! 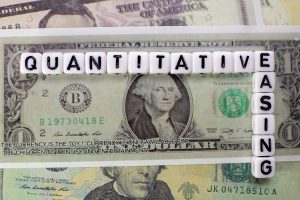 Economists tell us Quantitative Easing is good, it doesn’t cause inflation. Is this true?