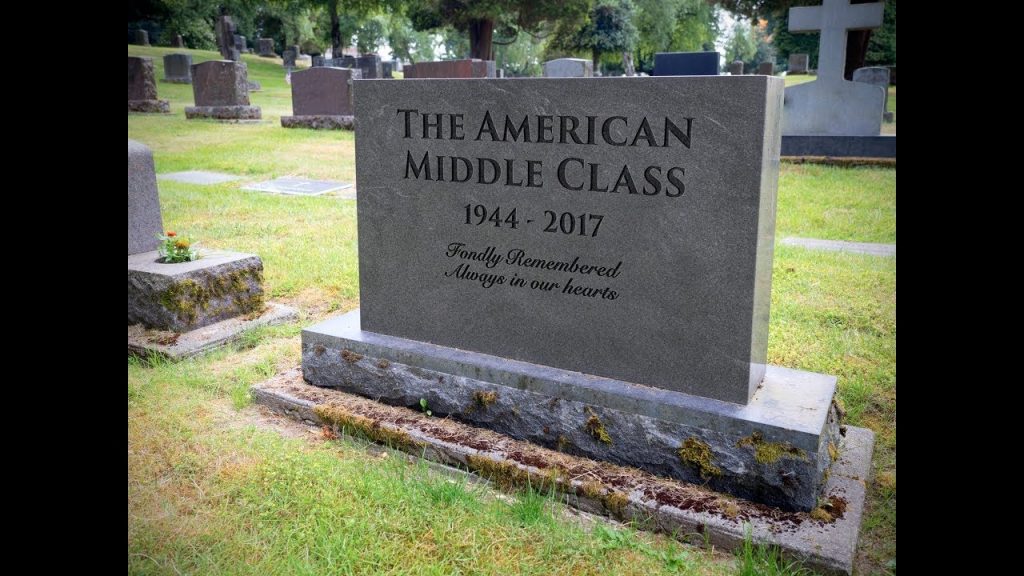 The Inflation Deception Explained in 5 Minutes

Why are the Middle Class Getting Screwed?

Let’s start with some simple definitions to make it easy to divide people. We need to discuss clearly who are Poor, who are Rich, and who the middle-class are.

Under Stimulus, Quantitative Easing, and many other federal and state programs, you can get some subsidy if you earn less than 400% of the poverty level. So why is it that the federal poverty level is not revised to a higher number, and now we just multiple it—two, three, or four times? For a family of four, this maximum earnings criteria comes to about $89,000 per year in income – although with certain Obamacare provisions you can now get premium subsidies for a family of four up to $119,000.  As a side note, this represents about 60- 70% of the US population. Even without Stimulus and QE, well over half of the nation gets about one-half of their annual income directly or indirectly from a federal subsidy already. So for this discussion, Poor is anyone who earns less than $89,000. So if you earn less than $89,000, there is a federal subsidy for you. Welcome to the Poor club of America, where all of your dreams can come true!

If you are Rich, this means you have excess assets or income—income that you don’t need to keep living in your home, put your kids through school and keep food on the table. Today, on average, this number according to various statistics is about $175,000 per year.  I think this is a high number but for this discussion, let’s go with it. If you’re Rich, you can invest some of this excess money into savings accounts or the stock & bond markets (the prime vehicles of choice today), and you can earn interest or receive gains. In effect, while you believe these are real gains, what they have been mostly doing is keeping you somewhere between earning slightly less than the rate of buying power reductions or significantly more, depending on how much “extra” you really invested. If you have read the prior two articles in this series, you now understand that the gains you think you have seen are mostly just the effects of economic dilution of your buying power. You may be getting paid much more than ten years ago, but you actually have less and less to spend on what you want.

Since 1972, when we only had about $500 billion of currency in circulation, we have been printing money with no real basis in tangible value.  We had to do this because we spent a lot more money between federal subsidy programs, wars, and trade deficits than our economy could generate.  So we changed over and over how we calculated the amount of currency that was OK to have. As of today, we have somewhere around $28 Trillion of currency in circulation. We have continued to have a trade deficit (cumulative since 1972 about $12 Trillion), and we have continued to increase what we spend for war and subsidies. So at the same time, we also have a U.S. Debt of about $26.7 Trillion.  Don’t try to balance the numbers as they don’t balance.  Maybe this is why the government hasn’t passed a budget since Abraham Lincoln was in the white house!

Since 1974, when this debt-driven new economic basis began, we have continued to exacerbate the fundamental problem and decimate our future children. Like most disastrous governmental decisions, it started slowly, and the issues were almost imperceptible, but today they are staggering.  They will grow exponentially as they have for years because the underlying systemic is the root problem.

If you are Poor, as your ability to purchase what you need has been eclipsed by the loss of buying power due to printing money with no basis for an increase in real value, the government has printed more money to cover the subsidies.  So the Poor get protected against inflation, deflation, cross-flation, stagnation, whatever term you want to apply. In reality, as they had to buy less to pay, the government has printed more money to give to help them pay for what they can’t afford. Since we purchase from other nations more than we actually produce, a lot of the new money spent has flowed out of the U.S., and we have lost even more buying power, requiring new money – a vicious, vicious cycle! The Poor disproportionately capture the newly printed money to make them “whole.”

Now, if your one of the Rich, because you can invest some of your “extra,” you have been able to disproportionately capture a bit of the new money as it has entered the market. You can borrow it and pay interest on it, allowing the printing of more new money, you can invest it in stocks and bonds, where the high yields have been because this is how a lot of the large dollar amounts of new money have entered to the economy, or you could invest some of it in creating new businesses and get tax breaks, which require the government to make up the loss of revenue by – say it with me – printing more new money. So the Rich can hedge against the loss of buying power. Now, who in the economy can do neither?  Who is getting crushed? Who is it that is losing this game really badly and will lose even worse on October 1st? Yes! You are correct! You paid attention and got the correct answer! The Middle Class. They are getting disproportionately screwed.

As DemoCare continues to implement and swell the current 50% of subsidy dependents to 60-70% government dependents, the Middle Class will be further demolished. Ultimately we will end up just where the rhetoric claims the problem is today.  There will be little to no Middle Class. There will be Rich, and there will be Poor.  And there will be such a break in numbers between the two groups that likely we will have a societal catastrophe. This will not be the fault of some conspiracy of Rich people trying to hurt the Poor for their own gain!  This makes for great debate and great argument and is a good tool for getting people to join a side.  It will be because we have allowed the evolution of a financial and economic system that is just one big unintended consequence!

So welcome to DemoCare; jump right in the waters going to be just fine!