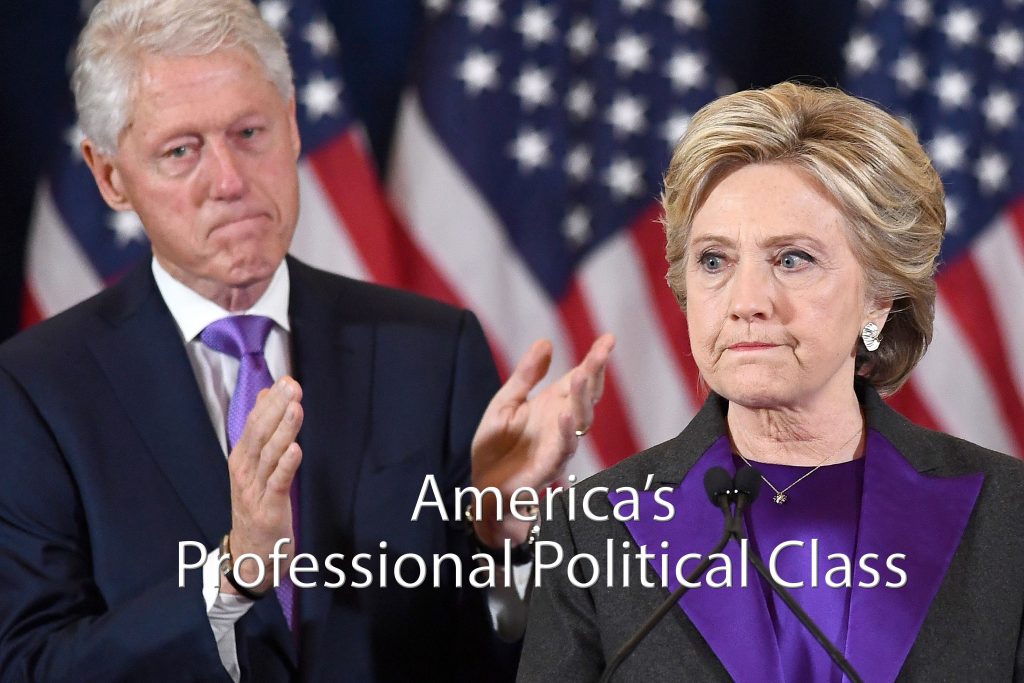 Would you please bear with me on this article? In contrast to the best advice for writing, I have not put the conclusion at the start.  I am assuming you are all thinking Americans, and you are willing to make a short journey with me to find your own answers at the end!

Unequivocally, we have developed a professional political class.  We, the people, have created this new ruling class of professional legislators – or at least allowed them to evolve – over the past 72 years.  Like most of our entanglements in modern history, this consequence was driven by little more than a series of short-term decisions made to accomplish short-term goals with no thought to the long-term impacts of these actions.

Why not a national sales tax on all political sales(contributions)?

Up until the early 1900s, politicians were citizens first.  They were regular people, living and working alongside their neighbors.  They had local jobs, farms, or businesses, and every piece of legislation they passed affected the citizen politician the same way it did their neighbors.  Since the wages and expenses that they derived from their service in state or federal government was both part-time and not meant to provide a living wage; their motivations were to be productive members of their localities, emphasis on production in whatever capacity, as it was the best path to wealth and prosperity.

Since these citizen politicians could not make their livings relying on payment from the government, the various legislatures were part-time, with the sessions restricted to just a few months each year. While in session, citizen politicians also made sure they got as much done as possible. Their supporting staff and expenses were kept well in check because the governmental stipends often did not adequately support them, so the citizen politicians often came out of their own pockets for at least some of their staff—a great way to assure dedicated representation.

As we move through the early 1900s, we see a gradual and steady increase in the salaries, perks, and reimbursable expenses that our legislatures received.  Like all of our historical short-sited decisions, there was a strong rationalization for such increases.  Some of the citizen politicians, living with the constant drain on their personal funds, were susceptible to graft and corruption by the men hanging out in the lobby of the Willard Hotel in Washington, DC (origin of the term lobbyist) – where most stayed during the legislative sessions. Of course, it was argued by the legislators that if they received better wages, more liberal expense budgets, and perquisites in office, they would be less susceptible to corruption.

The next step, taken in the middle of the 1900s, was to extend the legislature.  Again, it was rationalized that the part-time legislatures were critical to the growth and prosperity of the country or the states, and there was so much work to be done that they needed to increase their time in the session.  These arguments, like all of the rationalizations before them, were seen as reasonable and necessary.  As a result, by the end of the century, we have, with few exceptions, full-time state and federal legislatures, and most importantly, a full-time, professional political class.  Their livelihoods were significantly disconnected from the legislation passed and its effects on their local communities.

While in the past, our citizen politicians life and liberty were supported by their own personal productivity in their local communities as farmers, shop owners, business owners, manufacturers, and professionals like doctors and lawyers; for the most part, today’s professional political class trades in votes and legislation for the specific benefit of those who can get them re-elected.

It is an easy statement to say that there is a direct relationship between big corporate money and the professional political class’s payments through various means, both legitimate and illegitimate.  While corporate interests play a part, the aggregation of small money interests plays at least as significant a role through unions, political action committees, professional organizations, and the strength of the various parties, among others.  Regardless of the source, the money alone is not the focus of the trade – in the end, it is about the votes!

Votes themselves are the stock and trade of professional politicians.  All the money paid into the various campaigns is exchanged for this tangible, valuable item – the vote.  Since we no longer have citizen politicians and most of our state and federal legislatures are the full-time employers of this new professional political class – who employ much more than half of all the people in America, why don’t we recognize this for what it is?  This is nothing more than a commercial enterprise! No different than Google, Linkedin, Facebook, the AARP, or many other national organizations.  It can be argued that the parties themselves as simply franchisors.

President Obama, arguably the top franchisee of the Democratic party, was in the San Francisco Bay area this weekend selling his wares.  He collected somewhere between $3.5 and $5.5 million in back-to-back fundraisers.  Think about all the money paid for these goods and services sold by our professional political class.  It begins to boggle the mind; does it not?

When we had part-time citizen politicians, it was appropriate to call these campaign contributions.  But I think today we can all agree that calling them political sales is more accurate in this day and age.

Perhaps we should have a national sales tax!  But it may not be necessary to assess this tax on all segments of commerce in our economy.  We only need to assess a “National Political Sales Tax” (NPST) on the one segment of the economy that is clearly generating most of the “commerce” in the nation.  We should implement a national sales tax on these political sales.

In the long run, we may get some real benefit.  We could see a significant reduction in our state’s and national debts in the short run as the massive amounts of money flow into the various coffers. We may also begin to see the reduction in the constant din of political advertising, direct marketing, and evening phone call solicitations.  If, for some reason, this benefit does not rise or rise fast enough, then we could extend the NPST to cover all political purchases as well.  At a 10% tax rate, purchasing one of those $19.00 muffins would yield $1.90 in revenue to the federal and/or state coffers.  How many muffins do these guys consume in a year?  Looking at Jerrold Nadler, Barney Frank, Chris Christie, Haley Barbour, and many others, this alone could wipe out lots of debt!

Of course, many are just not going to like this idea! No one wants to see their livelihood threatened by taxes.  I would suggest that if they object to the tax, we should demand a return to the citizen politician and the part-time legislatures of the past.  I think it could be one of the most beneficial changes we could make for our country in the long run.