Why Ebola crisis petrified us: One reason is healthcare’s unobtainable expectations. 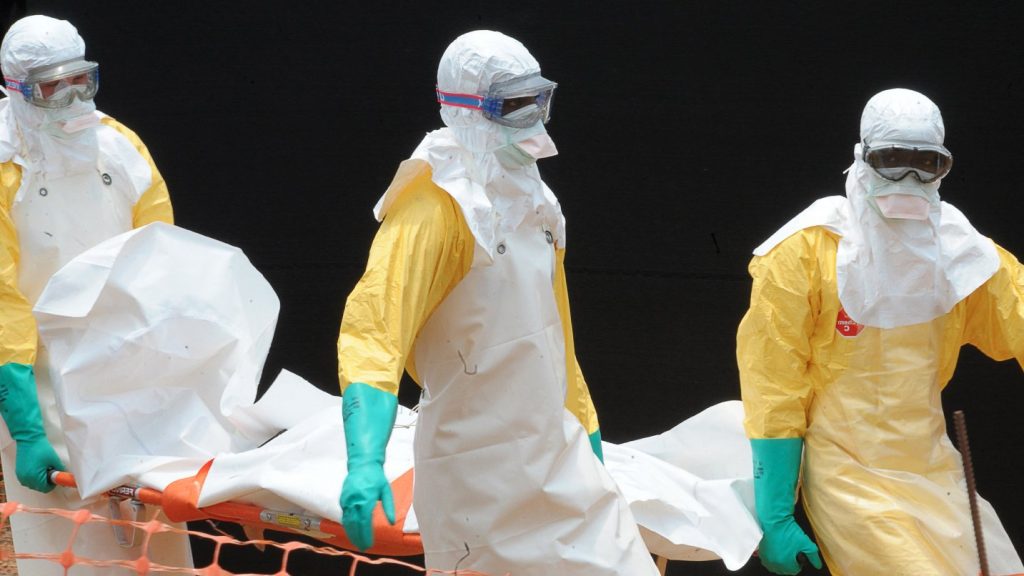 We are petrified of Ebola. It is a deadly disease, but we are much more scared of this today than we were of Polio, and Tuberculosis. Why?

We are petrified of Ebola. It is a deadly disease, but we are much more scared of this today than Polio and Tuberculosis years ago. Why?

In the 1940s and 50s, modern medicine was a bit less advanced than we are today.  We had many more diseases to be afraid of.  Polio was an epidemic. Outcomes from Polio were not particularly good. Tuberculosis (TB) was a significant issue as well.  People with TB were quarantined.

Travel in that period was not as easy and ubiquitous as it is today yet, we routinely restricted affected people’s movements. In some cases, we incarcerated them in sanitariums to protect the public at large. Despite these actions and the lack of effective treatment for these, and many other diseases, people were nowhere near as panicked then as we see them today with the current Ebola crisis.

People who grew up in this era will tell you that most Americans accepted the dangers these microbes presented as a regular part of life. Sure, they were afraid of the diseases, but they recognized that they had little control over the potential infection. If they became infected, they understood that HealthCare did not have cures. While there may have been many things to help ease the symptoms, odds were usually not very good that they would see their symptoms eliminated.

Americans accepted the potential negative outcome to themselves as individuals as coming from the hands of fate. They were not panicked about any particular disease, and they were seldom angry or recriminating of healthcare, doctors, or medicine in general because there were few effective treatments for anything.

Today, we no longer recognize that much of what happens is not really preventable. We do not recognize that fate still has a lot to do with our outcome from an illness. Somehow we have come to a place where we feel that HealthCare can shelter us and protect us from every microbe, every disease, and every potentially negative health issue. When it fails to do so, we become angry and recriminate the government, doctors, healthcare, and medicine as having failed us. I believe this is one reason we are so anxious about the Ebola issue we face today.

How did we get to this place? And, is it a fair expectation to think that government should be able to protect us from disease, that doctors should be able to cure us of anything that happens, and that healthcare should provide these services easier for everyone with little cost to us as individuals?

The debate over the Affordable Care Act, aka Obamacare, has gone beyond partisan rhetoric into the truly absurd and potentially dangerous. Our recent reactions to the current Ebola outbreak are a prime example of the danger that can happen when our expectations of what healthcare can deliver far outstrip what medicine can truly deliver.

How we arrived here

Much of what we believe about healthcare and the practice of medicine is wrong. We have ingrained so many myths into the discussion of healthcare so tightly that what we say is often disconnected from what we mean. We speak of single payer systems, and cures for diseases. We routinely confuse popular beliefs and historical methods with scientifically backed best practice. We misunderstand the true extent of medicines capabilities and ignore the cost of their increasing side effects. We conflate our heath needs with our health wants and ascribe equal weight and priority to both. We have so disconnected ourselves as consumers of care that we do not understand the real effect of the care we receive. When it seems to work, more often than not it’s a result of our body’s natural ability to heal not what modern medicine can reliably deliver.

The Plague of Myths

Do we have a healthcare system?

No, what we have is at best a collection of self-predatory practices and methods that promulgate massive increases in costs, erosion of effective checks and balances, little accountability, and exponential unintended consequences to patients, providers, facilitators, and program sponsors.

We believe we have cures for everything. We believe that doctors know what they are doing and provide safe, effective care most of the time. The truth is doctors do an amazing job; the things they have learned have helped extend life from 45 years old, at the time my grandfather was born, in the 1800s, to over 78 years old today. We expect from healthcare providers a far cry from what the science of medicine can actually deliver – We expect too much. Much to our collective dismay, Medicine in the 21st century is still much more art than science. Look at the stats.

In summary, half the time, the diagnosis is wrong, the treatment provided is seldom backed by scientific best practice; when medications are provided often, they do not affect. Even when treatments do work, the system is fraught with safety issues. Often, the diseases healthcare needs to treat are seldom seen in most hospitals or, as is the case with Ebola, have never been treated here before.

The Institute of Health Improvement reported (2007) that about 40,000 times per day, there is an incident of medically induced harm – about 15 million cases per year. There are about 4,600 incidences per day of Hospital Acquired Infections. (CDC 2007). Institute of Medicine report (2006) showed that medication errors account for about 1.5 million patients harmed each year. About 12,000 heart-attack patients are mistakenly discharged from hospital emergency departments each year. (Wachter and Shojania 2004) Firefighters lose their life in their job at the rate of about 4 deaths per 100,000 in that occupation. Loggers have an occupational death rate of 102 per 100,000. Commercial fishermen die at the rate of 200 per 100,000, the Deadliest Catch rate. Surprisingly, 265 people per 100,000 die as a result of seeking healthcare each year.

Why we feel the government is lying.

We have come so far in our false expectation of healthcare that we are left believing it is someone’s, or everyone’s, fault when it does not work. We seek to blame all connected. We believe the government has not provided what we believe is not only our right but what we also believe is an expected level of care and outcome.  If reality does not equate to our belief, we expect reality to be adjusted, not our faulty beliefs. We believe government and healthcare workers are to blame, and we believe they are not telling us the truth when their words do not match the myth we hold dear. The government people then feel a significant need to color the pure truth because they are concerned over the negative reaction and potential panic.  It becomes much easier for them to say things like, “Ebola likely will never come here,” or “If Ebola does come here, we are prepared.”  They know these statements are not true, but they cannot tell the pure truth.  Healthcare professionals have so long carried the unrealistic burden of omniscience and infallibility that, even to hint, they do not know something destroys their own confidence in their ability to treat.

While there are many other myths, these are a few of the significant ones. Healthcare’s not as safe or effective as we expect. Little wonder why the current Ebola outbreak is causing so much concern or why most Americans believe the government is neither effectively able to deal with it nor tell us the truth about it. We need to move beyond the political rhetoric over Obamacare and fundamentally fix our healthcare system now.

PrevPreviousBreast Cancer and Environmental Causes: Links not as clear as we've hoped.
NextStartups in America: Beware of Geeks Bearing GiftsNext