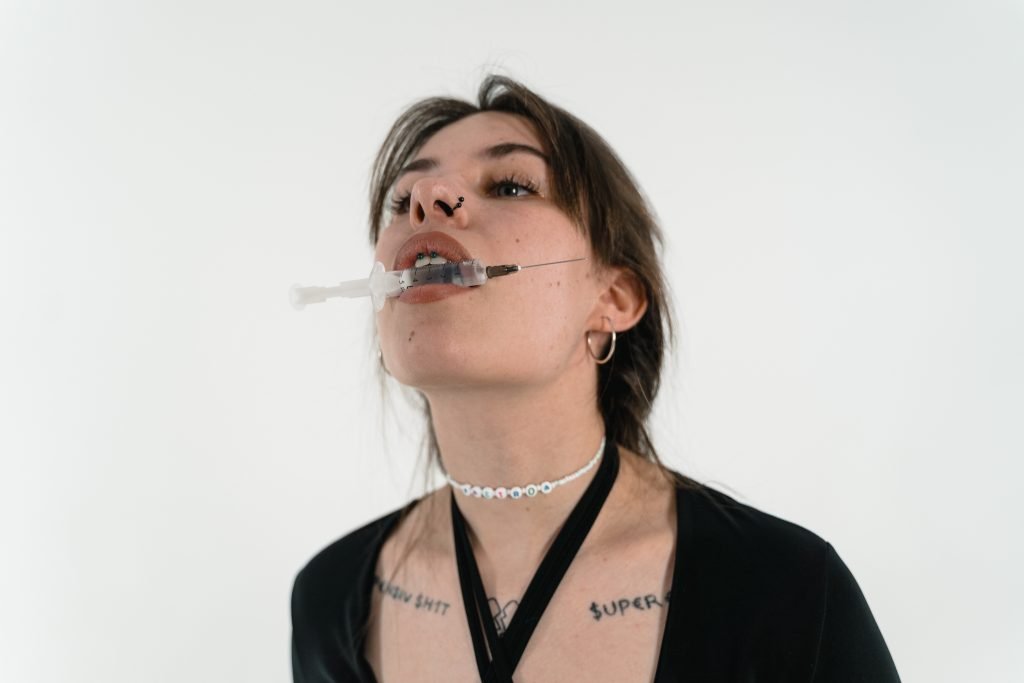 Ever since Samuel Hopkins Adams first exposed the evils of the patent medicine industry, in 1905 in a series of articles published in Colliers Weekly, it has been 'patently' clear that women have often historically been the prime target for the sale of prescriptive and addictive drugs

Ever since Samuel Hopkins Adams first exposed the evils of the patent medicine industry, in 1905 in a series of articles published in Colliers Weekly, it has been ‘patently’ clear that women & addiction have often historically linked and are the prime target for the sale of prescriptive and addictive drugs. In 1900, the addiction rate of cocaine, morphine, and alcohol in the population was as high as 30%. The larger majority of that addiction in those days, over 18% of the population, was in women. As a benchmark, At the height of the Drug years in the 1960s and 70s, the highest estimate of addiction was 18%.

There was a prime difference in the historical addiction problem in the early 1900s. During the patent medicine era, people didn’t know what was in the elixirs they were taking.  The vast majority were one or more of the three deadly saints, Alcohol, Cocaine, and Morphine. There were many other substances in these concoctions that were addictive, and some were simply poisons.

Today, we would say the drug of choice for women of that era was cocaine, but since they were not aware of what was in the powders and syrups they took to relieve their “monthly burdens,” and choice had nothing to do with it!  Women were the prime target for many of these elixirs. Many ads ran specifically targeting women.

Pemberton’s French Wine Coca, its active ingredients alcohol, exotic spices, and cocaine, (later reformulated and named Coca Cola) was promoted by its maker as being “particularly beneficial for ladies, and all those whose sedentary employment caused nervous prostration, irregularities of the stomach, bowels, and kidneys, and those who needed a nerve tonic and a pure, delightful diffusible stimulant.” It could also cure “neurasthenia” among “highly-strung” Southern women. Even the venerable Sears and Roebuck catalog—a common fixture in every household, privy, and outhouse of the day–offered cocaine and a syringe for $1.50 in its 1890 edition for women as a curative for menstrual cramps.

In one of his pleas for the nation to rise against the horrific tide of addiction, Adam’s wrote,

“restrict the drug by the same safeguards when sold under the lying pretense as when it flies its true colors. Then, and then only, will our laws prevent the shameful trade that stupefies helpless babies and makes criminals of our voting men and harlots of our young women.”

In the end, Adam’s cry woke up the women of America. After years of government attempts to control the patent medicine industry through the enforcement of the law, it was Adams’s articles in Colliers Weekly that snapped America’s women out of their stupor, and it was they that rung the bell signaling the end of this era. It was America’s women, not its men,  that forced America to become somewhat more responsible and restrict the access to narcotics and alcohol and curb if only for a short period, the addiction that was damaging our nation.

America’s general addiction waned after the passage of the Pure Food and Drug Act of 1912, and the rate of addiction declined to a historic low. This lasted till the end of World War II.  Women’s disproportionate addiction returned at the end of the 1940s as men returned home from war to once again assert their dominance in the households of America.  In doing so, they pushed their women, newly liberated by the added responsibilities of working during the war in significant and productive roles, back into the restrictive confines of wife, homemaker, and mother. While some history books indicate women returned to these historical shackles willingly, addiction data tells a different story.

At the end of World War II, as men resumed their role of father, provider and master of the home, women were relegated to their prior role as subservient, de­pendent and vacuous. The new ideal wife was becoming the “Geritol Wife.” She cleaned, she cooked, she took care of the kids, and most im­portantly, she served the husbands every need, whim and wish. Upon a husbands arrival home, dinner was to be waiting, the kids were to be quietly out of sight and out of mind; the wife should be dressed, made up and gloved with drink in hand, fresh cigarettes at the ready and clean ashtrays ready laid out conveniently.

The “Geritol” generation of women was portrayed as taking this modern nostrum to help them fulfill their role as dutiful wife. One long-running commercial theme, painted the ideal wife as the “Geritol Wife.” This popular commercial showed a woman walking to the front door of their home dressed-up with hair and makeup perfect, holding a cocktail to present to her husband as he walked through the door. Upon his arrival, the wife was known to say that two teaspoons of Geritol helps her get through the day and be prepared to greet her husband after his long and stressful day, and to see to his every need. As she hands him his drink, he kisses her – turns to the camera and says – “My wife – I think I’ll keep her.”

Another version of this advertising has the wife staring, some­what vacantly, into the camera saying, “I take Geritol every day and my husband likes me this way.” The fact that the actress was obviously intoxicated and slurred the lines gave rise to a famous Lucy Show epi­sode where Lucille Ball got a job as a spokeswoman for “Vita-meata-vegemin” and by the end of the commercial Lucy was so looped she could not stand up. This parody was based on the very real fact that Geritol introduced in 1950 by Pharmaceuticals, Inc., contained about 20 percent alcohol by volume–almost equal to one typical cocktail of bourbon and water.

Like the patent medicine period before, this alcoholic drink was passed off as an off-the-shelf medicine with predictably harmful results. But the real harm of this product and others marketed in this manner was that it was used successfully for a time to reinforce the stereotype of the role of women as only happy when serving the needs of their husbands. Soon, many women felt trapped in this role: guilty at not being happy as maid and servant. This led many into deeper and more pronounced alcohol addiction, depression and despair.

– From “The History and Evolution of HealthCare in America” April 2012

Close on the heels of the rise in alcohol use among women was the rise in the use of Dexedrine. Also known as “speed,” Dexedrine, while also significantly abused by the younger generation of the day, was more an addiction among housewives than other drugs of the period. As a result of the increasing pressures on home-makers to be the perfect “Geritol” wife, a significant portion of these women graduated from Geritol or alcohol products to this methamphetamine. Speed also had another benefit—that of helping women reduce their weight. Many of the first addicts came to use this drug—often abusively—as a means of weight control. The drug’s stimulant effect increased energy levels and elevated moods, both necessary to get their work done and put on that happy face. It was “dex” that carried many women on the path of addiction through the 1950s and back into the arms of the morphine substitute heroin, cocaine, and other narcotics during the 1960s through the 1990s.

It is not surprising then that we are facing a period of disproportionate addiction among women once again. The stress and strain on “Modern” women have not decreased since the relatively quiet days, addiction-wise, of the 1930s. Women have assumed a role in society where they are now expected to be equal to men in work and providing for the family. As we all know, to be seen as equal in the face of discriminatory practice requires one to perform to a higher unequal level. This has likely been a reaction to the repression of women at the end of the war.  Regardless, women have assumed a new role and significantly new stresses. And, they have had to rise far above their male counterparts to be perceived as equal. So, even more, stress results.

Historically men and women had a commensal if an unequal relationship. While men were expected to protect and provide for the family,  women fulfilled the role of making the household and bearing and rearing children.  The assumption of this new set of responsibilities and stress did not undo the biological and emotional role women faced as mothers and nurturers.  As such, the stress and emotional burden on women in society have increased manyfold.

Women face an unforgiving challenge to be Super Worker, Super Mother, Super Wife, and Super Peer to fellow female workers and female friends who are once again choosing to be full-time moms. The promise of the new freedoms of the “liberated” women did not come without stress, pain, anxiety, and sacrifices. Like the patent medicine men before them, many companies and individuals stand ready to help people cope with these and other issues. So-called, “Ethical” pharmaceutical makers churn out prescription medicines for doctors to dispense as well as many over-the-counter medications for us to self administer.  The underground market in illicit drugs continues seemingly unabated, and “Snake-Oil” quack remedies are again publicly sold to unwitting buyers by the nutraceutical and consumer products industries. Once again, women are disproportionately under siege.

Do we need another Samuel Hopkins Adams to rise to wake up the population? And once again, will the responsibility fall to America’s women to cry enough and force the change? And if so, the change to what?